The recent news regarding Microsoft’s decision not to update some Intel Atom processors with the latest version of Windows 10 Creators Edition  has caused some confusion amongst techies and users alike.  Should we worry?

Well, I have three systems running the Atom processor and Win 10 so I though I had better find out.

First of all it seems that the problem is with the graphics chip on so called “Clover Trail” Item Atom family.  As far as I can tell these are the dual core systems that are below the Atom Z3680 version also called the “Bay Trail” family.  So, in theory, any processor that is Z3680 and above should be capable of running the Creators Edition. Run System Information to find out. 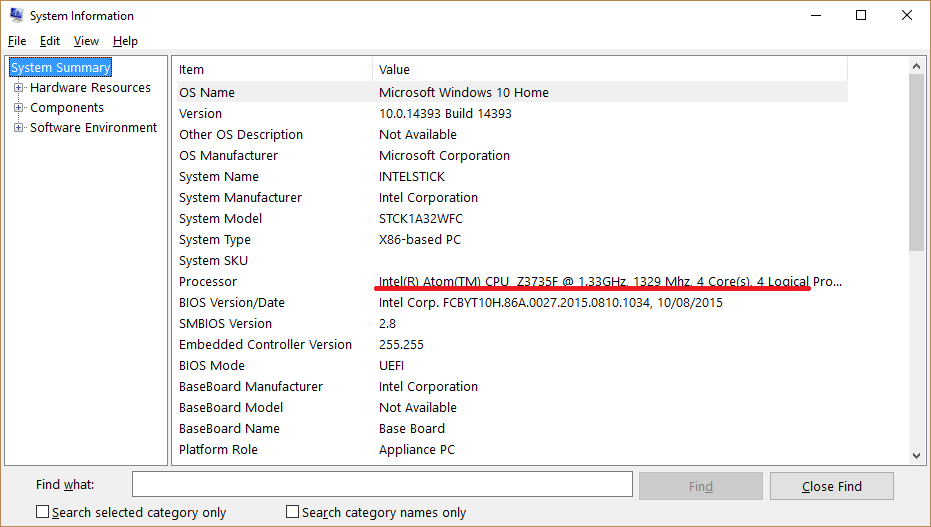 Above we see we have the Z3735 and 4 cores.  This should be adequate.  However, most Atom processors run on very minimal systems with limited storage and memory so you may still run into problems as Creators Edition is a massive 3GB update.

If you have an earlier Atom then should you worry?  Well, if you don’t need the extra functionality then probably not as Microsoft have said they will continue  to provide security updates as long as you have the Anniversary Edition installed.

Want to try to install it? Here is how.

Once installed you may have problems, give it a few days and it may be resolved by further updates, restarts etc.